What I have learnt from 2020 Paton Lecture

Global Ophthalmology Center at Wills Eye Institute organizes annually a great talk of international experts in global (tropical) ophthalmology. With a great pleasure I have seen a lecture yesterday from Dr. Bendjamin Roberts, a US-trained ophthalmoligist and VR-Surgeon, who is working in Kenya’s Tenwek Mission Hospital since 2006! I also enjoyed the reports of Wills’ residents, who travelled abroad to Haiti and Kenya (to Dr. Roberts) for a several weeks short-term programs.

So, what have I learnt from their experience?

1) There are numbers of western guys, who are working globally in tropics, and of whom I had unfortunately no idea. The rich experience depicted by Dr. Roberts impressed me much.

2) I especially enjoyed the story of building the brand new eye department and making it eventually self-sustainable and multi-specialized.

3) I learnt that people in this region of Kenya, unlike those in Western Zambia, may afford surgeries, which cost $200 (MSICS) or 500$ (phaco) per eye. In comparison, the cost of one MSICS surgery at our department was about 25$, which actually allowed to renew consumables but nothing more.

4) I learnt that the number of residency programs in the US, that offer global ophthalmology experience to their residents, is growing. It is now 9! Several years ago it was about 2. Unfortunately we in Russia are far from this. I know of not a single residency in Russia that offers such experience for our residents.

5) I have seen for the second time the western ophthalmologist who settled in the African country with the family including several kids. Both of them are from Mission Hospitals. Perhaps religion helps also in this regards.

COVID-19, a thought of the day

It’s sad to realize how ignorant a western community was and is when it comes to ebola, HIV, TB and malaria African epidemics, eliminating annually the whole layers of population. And how suddenly important epidemics become when the seek persons walk around the BBC and CNN headquarters. Define “hypocrisy“…

EN: (from right to left, from top to bottom): 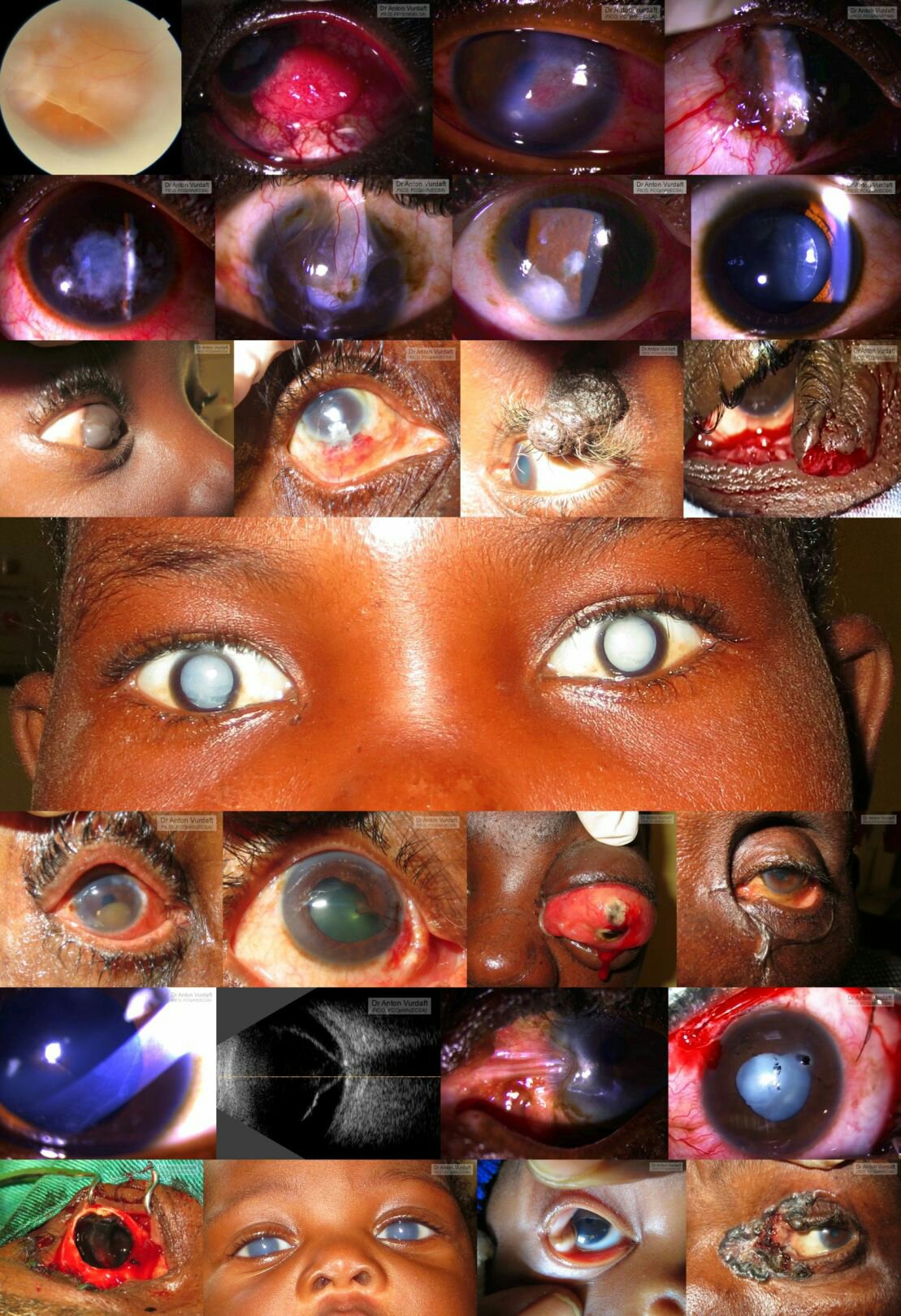 What is it like, when you have to do an urgent corneal trauma case in Africa?

It’s like, when you really, really struggling to bring everyone together (yourself, the scrub nurse and the anesthetist), they will tell you, that the child has drunk some water, and the case shall be postponed for a couple hours. And then it’s like when you are thinking you are about to go and do it, they will tell you, that now the anesthetist is busy with Ceasarian sections.

Waiting for them to be ready, there is a case with corneal laceration, lens rupture and hyphema in a child… Trauma happened in the morning, and now it is 20:20. High chances for the child to be operated in the morning. Usual practice, when African Time does not respect any reason.