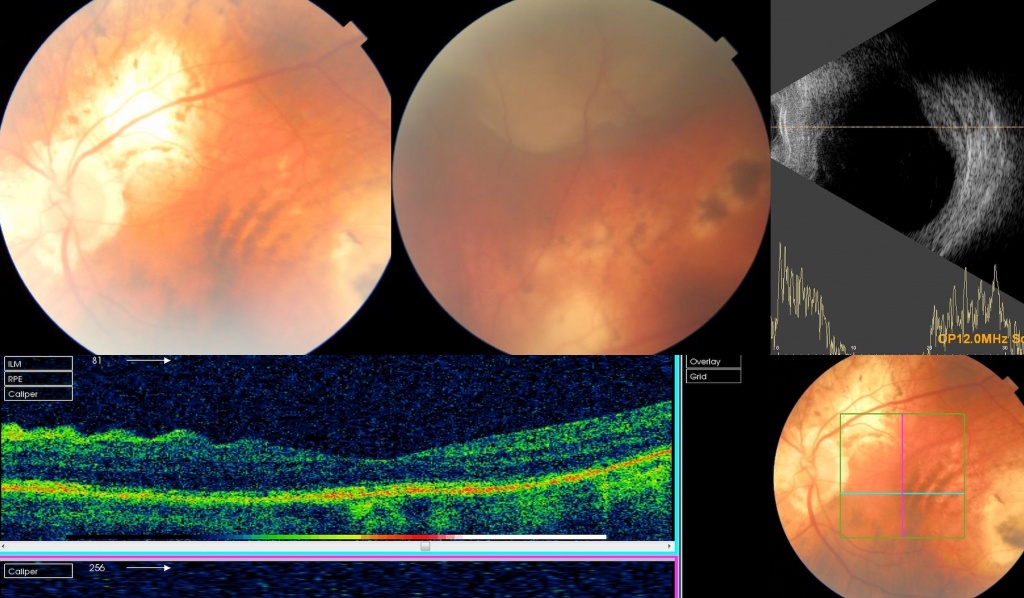 Tentative diagnosis: Choroidal Melanoma; incipient cataract. Single seeing eye.
My plan was as follows: CXR, breasts screening, abdomen US, FBC, FBS, LFTs, urea and creatinine were ordered (and all these were unremarkable), and the patient was referred to the tirtiary hospital for further examinations: ultrasound biomicroscopy for RE, and further choroidal mass evaluation (i.e. MRI with contrast) and management in cooperation with Cancer Center.

There are high chances for enucleation (and complete vision loss) due to the size of tumor and abscence of brachytherapy option in the country.