This is a young 21 y.o. lady, who had thermal a thermal burn to the face during an epileptic seizure. She had upper eyelid cicatricial ectropion as a result, with vertical deficiency of anterior lamella as a result. Exposure keratitis developed subsequently with decrease of vision in the same eye. The lady presented 5 months after the incident. The cicatrix was released and the resultant skin defect managed with retroauricular skin autograft with bolster for graft to “take” for 7 days and tarsorrhaphy for 10 days.

Photos are showing her pre-operative status (mix #1), intraoperative resultant skin defect and graft source (mix #2) and postoperative day 10 after tarsorraphy release. Lid contour, height and skin color are all expected to improve in a mid and long-term. Lagophthalmos and ectropion are fully releaved, and her pre-existing exposure keratitis well healed during 10 days of tarsorrhaphy. 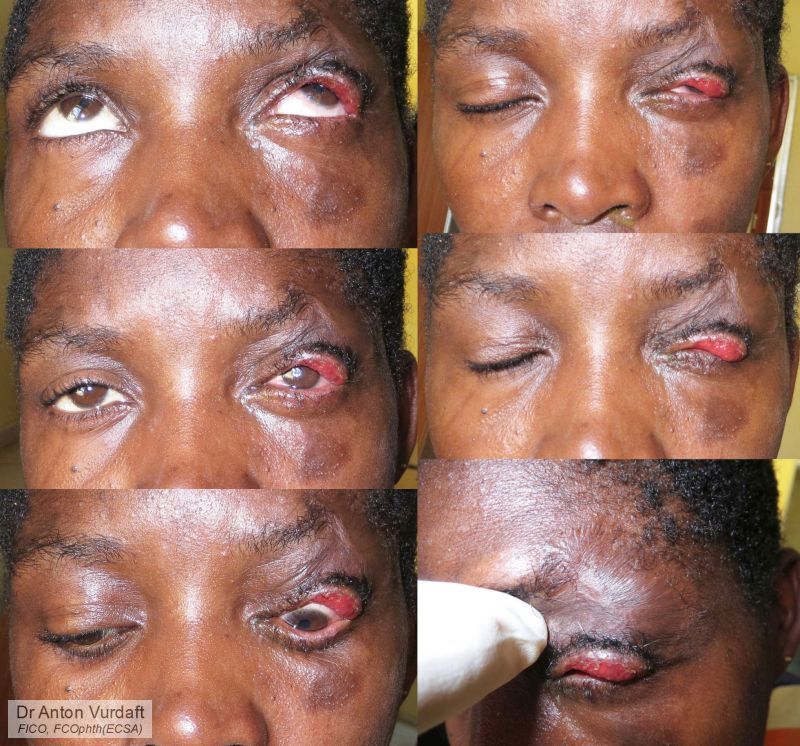 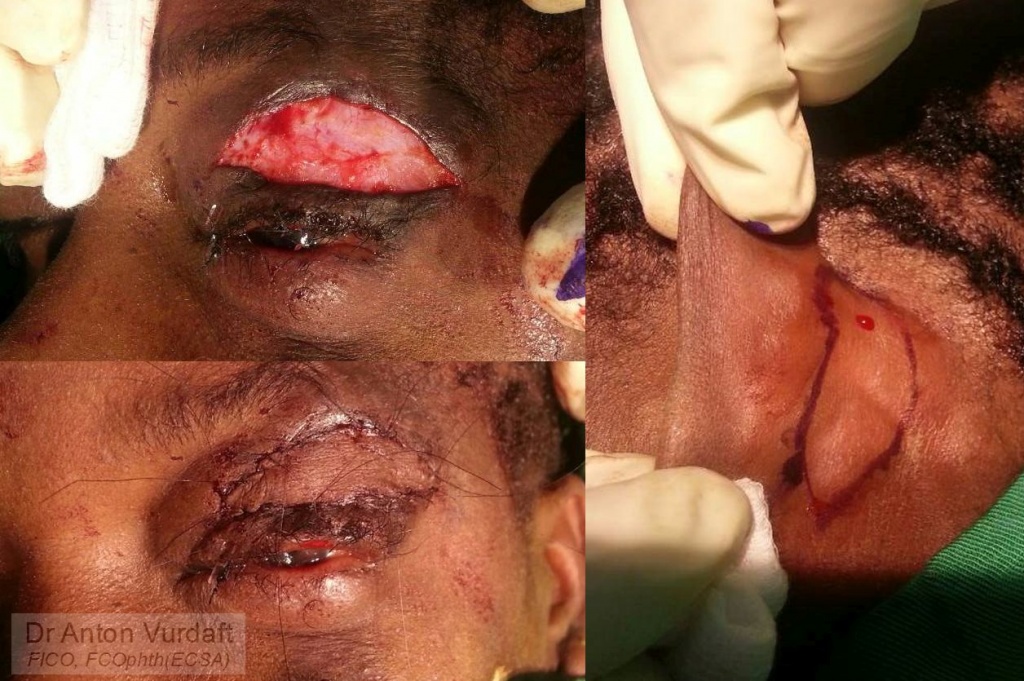 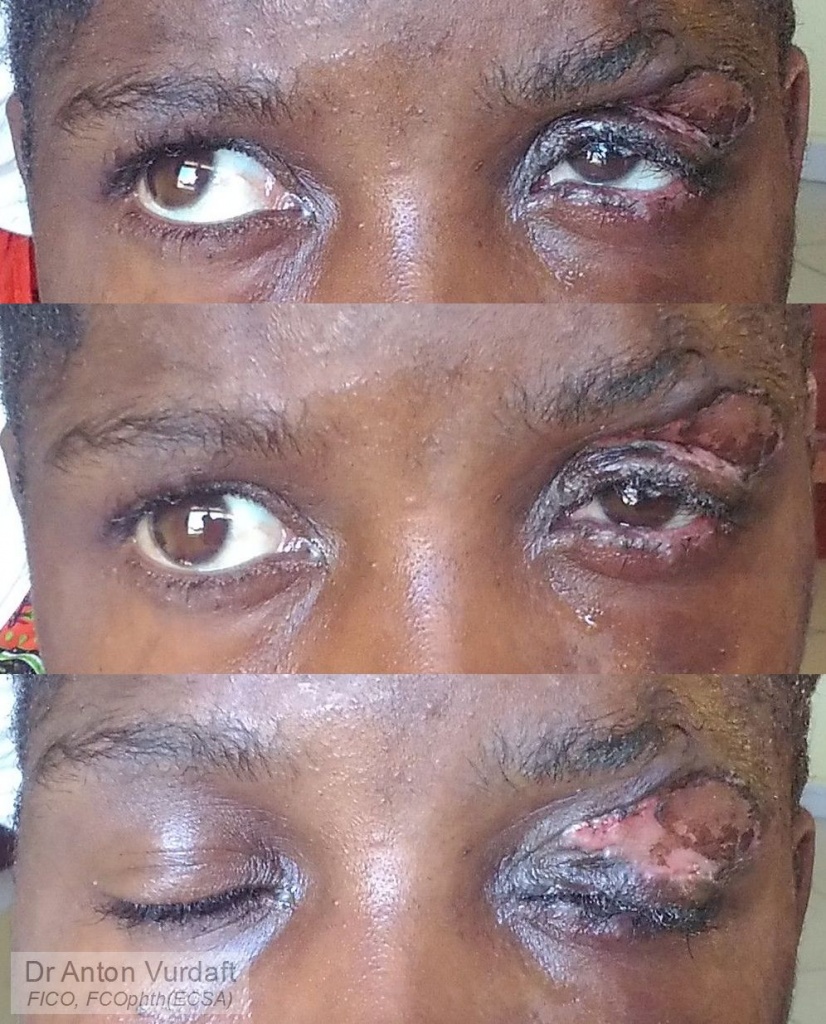 P.S. I am grateful for the valuable consultations provided by Dr. Christine Nelson and Dr. Tristan Reuser to polish the operative management of the case.